Properties verification
You can perform verification of the properties  in the same way as for LTL formulas by selecting them from the Check menu. Due to the arithmetic nature of the counting fluent and their finite state representation, you must provide some limits, specifically the lower (minimum) and upper (maximum) values that they can take during the system execution.
In case of property violation, you can get the trace as in LTSA plus the fluents, counting fluents and counting expression states at each step of the counterexample trace as depicted bellow. 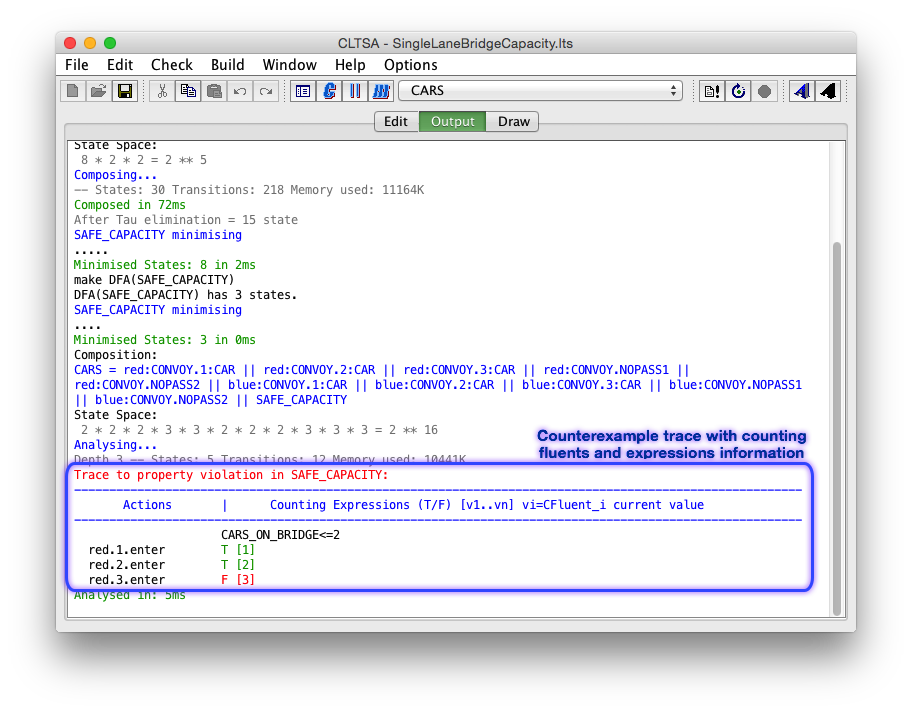 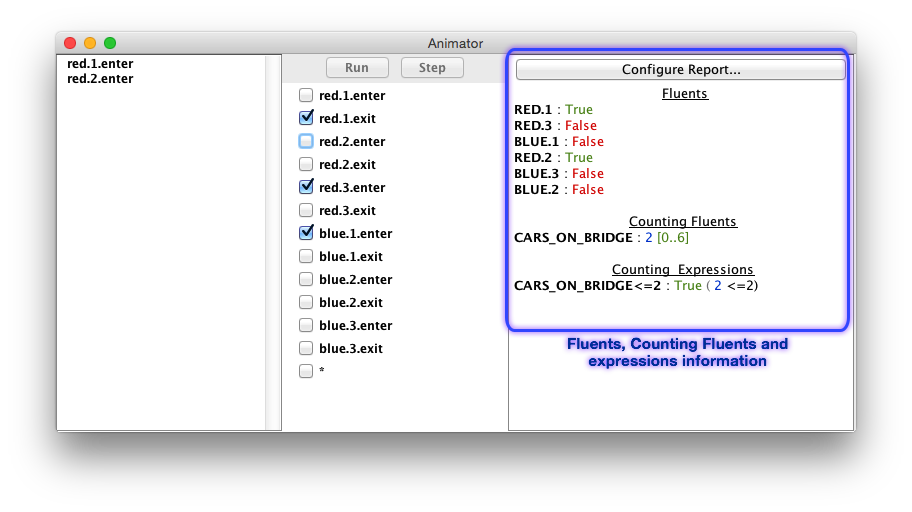